I met Danny Simmons during my time at Live365 when I worked to help Danny and Bruce George with Def Poetry and finding sponsorships. Along with his brother Russell, Danny established Def Poetry Jam, which has enjoyed long-running success on HBO In 2015 he moved to Philadelphia and opened Rush Arts Philadelphia gallery. He and I both moved to the Philadelphia area the same year and I have been fortunate enough to be able to photograph some of his adventures both in Pennsylvania and Harlem.
© 2006-2021 Alan Wallace 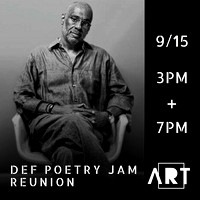